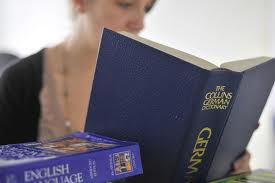 What are the best language learning programs on the market? This question asked more and more by many people everyday. Today’s world is much smaller. People are learning second languages for many reasons, for fun, for travel or to help in getting a new job. At no time before have language programs been so sought after. The biggest question is what method or website teaches you the fastest and easiest?

Realize first that you already know a language, so you understand how language works. What you need to do is learn substitute words in the new language you want to speak.

Consider when you learned your first language as a child and how you approached it. First of course you made mistakes. You probably did not hear the words accurately as they were spoken so you could not pronounce them correctly. You will find this is a part of learning a second language. You confuse sounds and similar words and they may have very different meanings. This is the way you learned your first language.

Another aspect in finding the best language learning programs is reading and writing. English speaking people who want to learn Spanish will not find it difficult to learn the differences of the Spanish alphabet. The Spanish alphabet is used almost the same as the English alphabet. Mandarin Chinese on the other hand is a much bigger challenge. You have to learn over 2000 characters of Chinese words. This is not that easy. But there is an easy way to deal with the writing problem. Learn the Chinese words from spelling them phonetically in English. Because you already understand the rules of English and the sounds the letters make this will make learning Chinese much faster.

The best language programs to teach an Asian language will add another learning aspect to learning that European languages don’t use. Asian languages use tones in their words. There are words that sound almost the same to the untrained ear. In fact they have totally different meanings. People know the word for hello in Chinese is “nee how.” Did you know to say it correctly you say “nee” with a tone that wavers it falls then rises and you do it again for “how.” In Thai language the word “mah” with no change or a constant tone means “come.” The same word “Mah” with a rising tone like asking a question means “dog.” Asian languages like Thai or Mandarin Chinese have tones that rise and fall in the same syllable. You will have to train your ears to hear the sounds correctly just the same as when you learned English as a child. It is not difficult, only different.

Language learning programs need to teach you to use grammar. Too many English speakers get hung up on grammar. Grammar is not that important to be understood in a foreign language. You can say “house my” or “my house”. Either way you will be understood. You may be surprised to learn how simply most other languages are spoken. Redundant words like “the” or “a” are not always used. After all what is the real difference between saying “the car” or “a car” when you speak “car”?

Share
This entry was posted in Games & Software, How To Learn A Language and tagged Best Language Learning Programs. Bookmark the permalink.