Can we all be great language learners? 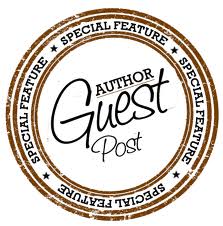 This is a guest post by Andrew Weiler. Thanks Andrew.

What if you could learn a second language much faster and much more easily than you ever thought possible?  That’s in fact a question I often ask my students. Most of them respond to this question with a hesitant yes, but I get the sense that they don’t quite believe it possible.  Well, why is that?

Well most language learners’ experiences in learning a second language, whether it be at school or later on tell them the exact opposite.  Namely that learning a language is difficult and not many succeed.  That’s where the problem begins.  Once you get beliefs like that, it will certainly affect the results you expect and hence achieve.  As Henry Ford said. “Whether you believe you can or whether you believe you can’t, you are right!”

Most people’s experiences in learning a second language has such a profound effect on them that it tends to stay with them for the rest of their life. One reason for that is that whenever they try again, their first experiences just get reinforced and confirmed. Does it have to be that way? No!

Did you know that humans are the only species that we know of that are designed as a learning machine! We know that because we are born with only a very few instincts, suckling being one of them, yet we have created all the wondrous amazing things that we see around us.  With animals it’s the exact opposite…they are born with many instincts and they can learn only a few things.

Virtually everything we do is learned. In our busy lives we can easily take our life and everything in it for granted. But doesn’t it strike you as amazing all that human kind has created – whether it be in the beautiful strains of music, the sheer wonder of space travel, the ability to talk to someone across the other side of the planet, the ability to freeze a picture of life and preserve it for as long as we want, to use a computer for 101 things that we use it for … the list is endless … and all that someone created at some point in time and we learned to use or enjoy their creations.

Fundamentally all of us are the same, the variations between us are small, but the small differences can result in large differences in terms of what we think and do.

Have you ever considered why it is that every infant (excepting the ones that have some physical condition – like deafness or a chemical imbalance like Down syndrome) learns to speak their mother tongue to perfection (that is  to at least to the level of the environment they are brought up in).  So we have all proved that we could learn the most difficult language, our first.

Why do I say that our first language is the most difficult? Because it is the first and we start with no language or ideas at all… but we learn all the verbs, the tenses, the conjugations, the exceptions, the intonation etc etc. … And that’s not to mention learning the mental functioning that is created alongside language. In doing this we have proven that we are amazing learners. Then why is it that in most countries, most students who are required to learn a second language are not successful.

In Australia the rates are pretty terrible…Learning a foreign Language is compulsory in year 7 and 8 but only a few percent go onto year 12 and of those even less achieve fluency in it (which is not in a language spoken at home) by Year 12.  And then of the over 95% that never went to year 12, I would hazard a guess that over 95% of them would have a very low self image of themselves as language learners.

Clearly in countries that are bilingual, like Canada, or have other countries close by with other languages like in Europe, the statistics are quite different. That is explained in large part by the students’ ready access to the language, and real life experiences in that language, rather than the country having substantially better language education programs.

With adults, the rates are not so easily obtained but in my experience a very low percentage of second language learners achieve unrestricted fluency to a standard that they are satisfied with. Then why is that we started of having great learning skills as infants but as adults most people struggle to learn a second language?

The common answers that I have from people to that question are that either “I have no talent for that” or a variation on that…. “I am no good at learning languages”.  That is an understandable response but one that does get us anywhere in trying to understand why we were able to learn our first language with such ease, but mostly fall over miserably in a second

What my thoughts on the matter are is that if you are given a screw driver to knock in a nail, after some time of trying to hammer in the nail, of course you will conclude you have not much talent for hammering!

Well clearly the problem here is not your talent, your skill, your determination or your intellect.  The problem is the tool you were given!  Learning languages is exactly the same. If you are given the wrong tools and get the wrong understandings then you may well conclude after trying that you are not talented.

Of course there are other factors at work, but this simple example gets to the heart of the problem. You might ask, why is it that some learners do succeed.  Well they do succeed and appear talented for diverse reasons, the essential one being that they have figured out what they have to do to learn a second language.  If you ask them, they probably will not be able to explain what they do or why they are successful, in the same way as you ask someone how they learned to cook so well.  But what is clear is that they do something differently to what the others do.

What they do differently is a key question that has concerned me for my whole professional life.  For any language learners who have been struggling a bit (or a lot) but believe, as I do, that they can learn a second language to full proficiency, the observations I have raised here I trust will firm their resolve.

Do you want to learn Spanish, Mandarin Chinese or Thai? Visit our new online language learning site. Or sign up now and give it a try, let us know how it goes.