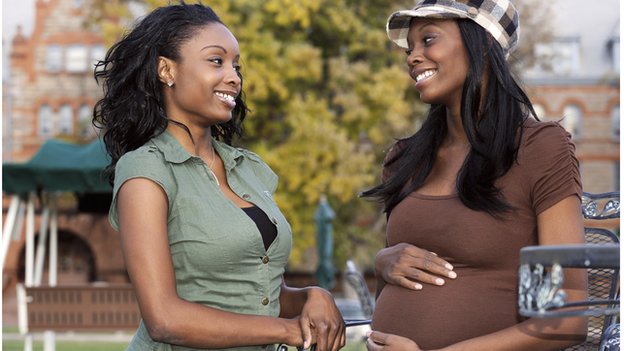 Listening in: foetuses in the last ten weeks of pregnancy can process human speech

Babies are born with the ability to recognise familiar sounds and language patterns, according to new research. A glimpse into the fast-moving minds of infants.

Mastering a foreign language can be a frustrating experience and one that gets harder as we age. The younger you start, the easier it seems to be.

Now researchers in the US and Sweden have found evidence that we start learning language before we’re even born.

The study discovered that in the last 10 weeks of pregnancy, foetuses are listening to their mothers communicate. And when they are born, they can show what they’ve heard.

Forty baby boys and girls – about 30 hours old – were randomly exposed to different vowel sounds that are unique to either English or Swedish. They included the English “e” sound in sweet or the Swedish “eu” sound that is comparable to oeuf, the French word for eggs.

The babies’ response to each sound was measured by the strength of their sucking on a pacifier connected to a computer.

The results indicate that babies are born with the ability to distinguish different languages and are curious enough to explore the language that is unfamiliar, says Patricia Kuhl. She is one of the study’s authors and co-director of the Institute for Learning and Brain Sciences at the University of Washington.

“Babies are learning when they’re still in the womb,” she says.

“We’re showing that the foetus in the last ten weeks, when we know that the auditory system is fully working, is not only listening, is not only taking note of the sounds, but remembering and learning them.”

But parents who think they can accelerate the process by exposing their unborn child to an intensive audio course in Greek or Farsi might be doing more harm than good.

Babies born to bilingual mothers have shown they can equally accommodate two or more languages – but that ability is acquired through natural exposure.

“We would caution (against) adding extra things to listen to because foetuses spend most of their time in a sleep state and we don’t know what providing extra stimulation – particularly loud stimulation from a loudspeaker outside the womb – might do to that developing sleep-wake cycle,” says Christine Moon, the study’s lead author and professor of psychology at Pacific Lutheran University, Tacoma, Washington. 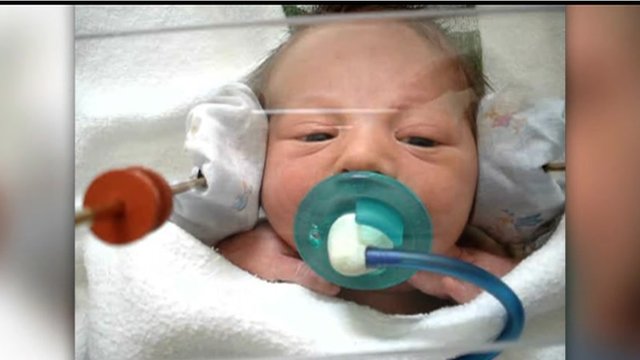 A baby in Stockholm participates in the language study. Courtesy of Patricia Kuhl

But what about babies who don’t get any prenatal exposure to speech – perhaps because their mother communicates through sign language?

Moon says it makes no difference to their ability to acquire language as infants.

“These babies nonetheless learn to understand spoken speech and to use it – and they do it relatively on the same time table as babies who have been exposed to speech all along,” she says.

“So it seems there’s quite a period of plasticity in those early months that allows for children who haven’t had this prenatal exposure to rapidly gain language.”

Other experts say it has to do with the way we comprehend speech – through rhythms that go far beyond understanding individual words or meanings.

“What [babies] are ‘hearing’ is the rhythmic sing-song patterning of human language,” says Laura Ann Petitto, Scientific Director of the Brain and Language Laboratory at Gallaudet University, a school for the deaf and hard of hearing.

Rhythm is what enables us to break down language into its component parts, she says. It is why we cannot distinguish words or sentences when we first hear a foreign language and the reason it sounds instead like a single stream of noise.

“A baby in a profoundly deaf mum’s tummy is not hearing the sing-song nature of mum’s voice, but it is feeling the rhythmic sing-song movement of mum’s hands,” says Petitto. “That rhythmic movement is still giving the child the basic units that are going to be the building blocks that they’ll use to build a language.

“That puts them in a ready state when they’re born, to start immediately making sense of language and trying to figure out their meanings.”

Moon is now hoping to confirm her team’s findings with further research using other prominent speech sounds, such as different pronunciations of the letter “R”

She also wants to explore the impact of a pregnant mother who uses “baby-talk” rather than adult language, perhaps because the mother has other young children and is using modified speech to communicate with them.

“It seems incredibly remarkable that these foetuses are making sense out of this sound that is really kind of disembodied,” says Moon.

“They can’t see a mouth, they can’t see where it’s coming from – it’s just sound like a lot of other sound that they’re getting. And yet, they seem to be tuning into it and learning something from it.”

And researchers say there is much we can learn, as well.

“We can’t waste a minute of that opportunity,” adds Kuhl. “The brain comes online as a curious and totally capable learning mechanism. If you unleash that curiosity anything can happen.”