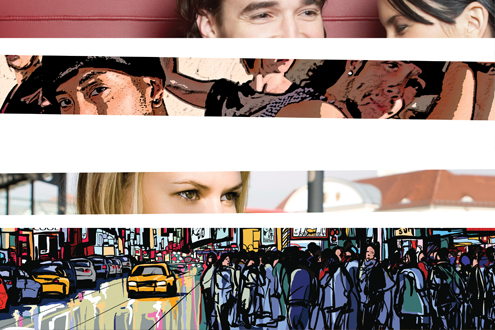 Julie Barlow and Jean-Benoît Nadeau explain why the U.S. has its own, recognized variety of Spanish

Ten years ago, it was still common in the U.S. to hear Spanish described as a “foreign” language. But those days are over. Hispanic scholars and language teachers are now witnessing the rise of an authentic U.S. variety of Spanish.

The shift really got underway in 2003 when the U.S. government decided to create a Spanish-language version of its official website, gobiernoUSA.gov. To do so, it called up an obscure group of academics based in New York City for help: the Academia Norteamericana de la Lengua Española (The North American Academy of the Spanish Language, or ANLE) for advice. Hardly anyone had heard about ANLE at the time, probably because few imagined there was any such thing as recognized “U.S. Spanish.”

So what role does the Academy play in this? And more importantly, why does the U.S. — where Spanish is the language of a minority — need its own Spanish language academy in the first place?

The U.S. is already part of the club of Spanish-speaking nations.

If there’s one big difference between French and Spanish, it’s the way the two languages are managed. The dominant standard of French is that of Paris. Spanish, on the other hand, is the only international language that has an international standard (set in Madrid) — plus national standards defined by each of the world’s 22 Spanish-speaking nations.

Spanish academies sprung up in every country in Latin America in the decades following the collapse of colonialism, with Colombia first, in 1871, and Honduras last, in 1948. Decades later, in 1973, a group of seven scholars, including three Spaniards, founded the U.S. academy in New York City. It was officially recognized by the Real Academia, in Madrid, in 1980 and now networks 39 full members and another 173 correspondents and contributing scholars, linguists, and teachers.

But the U.S. academy is peculiar. Among the world’s 22 Spanish language academies, ANLE is the only one in a country that wasn’t originally part of the Spanish Empire, and where Spanish is not an official language.

So why exactly was ANLE created?
ANLE exists because Spanish speakers in the U.S. need their own standard.

The sudden multiplication of media since the 1980s — by the hundreds in radio, TV, newspapers and magazines, and websites — has created an entire U.S. media industry that runs strictly in the language of Cervantes.

According to the 2010 census, 52 million Americans — or 16.3% of the population — are Hispanic. Of these, an estimated 70% (37 million) speak Spanish. In addition, some 6.4 million Americans attend Spanish classes, including 850,000 college students. Nine million more have either “limited capacity” or “second-language proficiency.”

In short, enough people use Spanish every day to support a growing U.S. industry of Spanish-language magazines, newspapers, and TV shows, not to mention Spanish-language manuals for the TVs and computers. Miami-based Univision claims the fifth spot among networks in the country, and is the number one station in Florida. In the winter of 2010, the Univision Youth award show ranked first in its time slot — before ABC, NBC, CBS, and Fox.

The problem? The journalists and copywriters who create Spanish-language content for this industry can’t use Mexican or European Spanish, because neither fully matches the cultural reality of U.S. Hispanics, who are inundated daily with English words and grammatical structures. English floats into the language used by even the most educated Hispanics in reports, articles, and manuals simply because Spanish speakers in the U.S. understand it. For example, Mexicans and Spaniards use the term ministerio for “department” but U.S. Spanish speakers say departamento. Mexicans called an “agency” an organismo but U.S. Spanish speakers call it an agencia. In short, U.S. Hispanics are culturally American, with their own sayings and cultural references.

What’s more, a full 98% of written material in Spanish in the U.S. comes though translations from English, whether from publishers or used in banks, schools, universities, governments, or companies. And even when newspapers produce copy directly in Spanish, the stories translate realities that mostly unfold in English, and television and radio writers face the same challenges: what’s correct U.S. Spanish and what’s just Spanglish? To solve that problem, the Associated Press published its own 486-page style manual in Spanish, with 4,900 entries, in Nov. 2012.

ANLE has been gaining importance since 2000, when Bill Clinton signed Executive Order 13166 requiring all federal administrations and agencies to provide access to services for persons with limited English proficiency. On the heels of this, the U.S. government inaugurated a Spanish-language version of its web portal in 2003, www.Gobierno
USA.gov, to help Spanish speakers find information about government programs and services, immigration, employment, and education.

The U.S. government quickly discovered that it faced a conundrum: what kind of Spanish to use? Aside from anglicisms, there were grammatical discrepancies. Some writers wanted the standard second person pronoun to be tu, but those familiar with Mexican rural Spanish preferred usted and some even favored the use of vos, common in the Southern Cone countries and Central America. In 2003, Laura Godfrey, co-manager of the web portal GoviernoUSA.gov, took the problem to ANLE to set standard guidelines for all U.S. government agencies.

The government wanted to standardize Spanish usage in governmental communications and improve the process of communicating with the widespread Hispanic public using their Spanish-l­­anguage services. It consulted ANLE on the appropriate translation of technical and non-technical terminology, as well as on questions of grammar and style. In 2009, the U.S. government formally recognized ANLE as the top authority on Spanish in the nation.
So how exactly does ANLE decide what’s legitimate American Spanish and what’s Spanglish?

Indeed, that’s ANLE’s main challenge. The ground is constantly shifting. Even ten years ago, many terms that are now part of accepted American Spanish were considered to be unacceptable anglicisms or Spanglish.

ANLE’s philosophy is to make life easier for Hispanics in the U.S. The idea is to help avoid confusion. That means recommending a mix of standard Spanish terms used throughout the Hispanic world and Hispanicized English words that make sense to U.S. Spanish speakers. So ANLE recommends using departamento for “department” over ministerio or secretaria and agencia for “agency” instead of organismo.

But ANLE doesn’t always favor anglicisms over standard Spanish. The same year it was recognized by GobiernoUSA.gov, ANLE published a small book titled Hablando bien se entiende la gente (People Speaking Well Understand Each Other) that included 300 tips on proper Spanish use. The work proposes correct Spanish terms in many cases where usage is tending toward anglicisms, like solicitud for a job application, even when aplicación had become very common. ANLE also recommends seguro (insurance) over the common Anglicism aseguranza.

Why? U.S. Hispanics still need to be able to speak to the rest of the Hispanic world.

The U.S. Hispanic population is highly mobile, constantly circulating between countries of origin and the U.S. When Hispanics go to their countries of origin, they need to understand and to be understood. Unless they want to be cut off from the rest of the Spanish-speaking world, they still need to know the correct Spanish terms, whether they use them in the U.S. or not. The same logic applies to the 6.4 million learners and the 15 to 20 million Americans who speak Spanish as a second language.

So basically, ANLE looks at how useful words or expressions are in their specific context of life in the U.S. And if the standard Spanish term is understood, they maintain it. Translator Leticia Molinero, a member of ANLE, describes the academy’s guiding philosophy as funcionalidad operativa (“operational functionality”).

Of course, not everyone agrees with ANLE’s approach. The Academy has to fend off daily criticism from Spanish-language aficionados and other purists who claim it is doing nothing more than endorsing Spanglish.
But critics might be missing the bigger picture.

U.S. Spanish is gaining influence outside the U.S.

With some 52 million Spanish speakers, the U.S. represents 11% of the 460 million hispanohablantes (Spanish speakers) in the world. In other words, there are more Spanish speakers in the U.S. than in the vast majority of Hispanic nations. In raw number of Spanish speakers, it ranks fifth after Mexico, Spain, Colombia, and Argentina, and before Peru and Venezuela. If demographic predictions come true, the U.S. will become the second-largest Spanish-speaking country in the world within a generation.

In the curious universe of Spanish, countries share control over the language. That means they all contribute vocabulary to the international standard of Spanish, established by Spain’s Real Academia Española (Royal Academy of Spanish) in Madrid. Starting in 1995, dictionary-making in Spanish became more scientific, as dictionaries began to be compiled from samples collected from huge databases of works drawn from Spanish-language publications everywhere — including the U.S. Because of the increasing size and influence of the U.S. Hispanic population, more U.S. Spanish terms are entering the international standard. For the next edition of the RAE’s dictionary, ANLE has made dozens of recommendations of terms that should be included, though we will only know how many are accepted when the dictionary is published in 2014.

The growing influence of U.S. Spanish is not just a matter of numbers. The economic clout of U.S. Hispanics in the Spanish-speaking world is also increasing. The overall per-capita wealth of Hispanics in the U.S. is already superior to that of the Spanish. The level of activity is so intense that Miami is now competing with Mexico City’s “Mexiwood” as the center of Hispanic TV and film production.

According to Miguel Abad, the cultural attaché of the Spanish consulate in Los Angeles, every Hispanic country in the world — including Spain — is working to get into the U.S. cultural markets. Spain, Mexico, Colombia, and Argentina are all actively boosting their cultural links with the U.S.

In short, while the influence of the U.S. on Spanish used to come strictly from its cultural production, that influence is now being applied directly to the Spanish language through the institutions that manage it. Which means more people throughout the Spanish-speaking world will soon be reading — and speaking — U.S. Spanish, starting with Spanish speakers in the U.S.

Julie Barlow and Jean-Benoît Nadeau will be publishing The Story of Spanish (St. Martin’s Press) in May 2013. For more details, or to order the book, see the authors’ blog at nadeaubarlow.com.

Share
This entry was posted in Uncategorized. Bookmark the permalink.