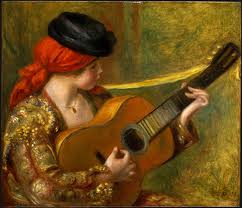 Using Google for English to Spanish translation will work well if you translate one word at a time. If you attempt to use Google to translate sentences you will have some problems. There has not a translation program developed yet that can do it accurately. Many times the translations will be obvious in their faults because they just don’t read very well.

This is where you need a good English to Spanish translation company to do it for you.

There are many companies offering English to Spanish translation but to find a good reputable company is the challenge.

Start with what the company promo says. It is not hard to translate English to Spanish because the alphabet is the same as English. A good idea is to learn some Spanish yourself. That way you can tell if the translations are correct.

With only a little study you will be able to understand much of what Spanish is saying. One problem is that Spanish sometimes uses phrases that use words you do not expect.

If you are interested in learning Spanish there is a website called the World Word Exchange that has online classes to teach you. The lessons are very inexpensive as low a $4 per lesson. They start you out with the basic words like who, what, where, and when. All of which are great one-word questions. Then you learn to come go from etc. All the words used over and over to create sentences. That way when you are taught phrases you already know what the individual words mean.

English to Spanish translation companies can be very helpful but nothing is better than learning a language for your self.

Do you want to learn Spanish? Visit our new online language learning site. Or sign up now and give it a try, let us know how it goes.

Share
This entry was posted in Learning Spanish and tagged English to Spanish translation. Bookmark the permalink.